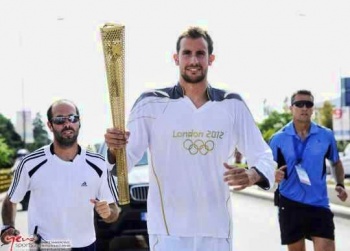 In 2004, Grigoriadis broke the Greek record in the 100m freestyle with 49.38. The following year, in Almeria, Spain, he won a gold medal at the Mediterranean Games in the 50m backstroke with 25.62.

He became the first - and only one so far - Greek swimmer to be crowned World Champion in the 50m backstroke event of the 2005 World Championships in Montreal.

On May 22, 2012, Aris Grigoriadis won the second European Championship gold medal of his career, finishing first in the 100-meter backstroke final at Debrecen. Hungary. His time of 53.86 seconds, was two-tenths of a second ahead of second-placed Helge Meeuw of Germany.