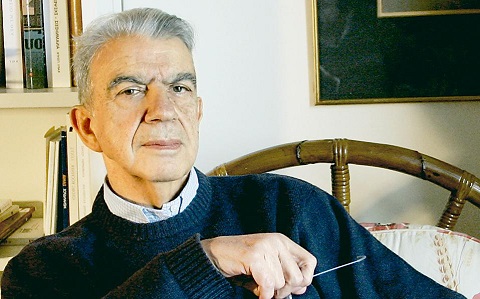 Menis Koumandareas, born in Athens in 1931, was an acclaimed writer.

He earned numerous awards for his prose and was an active proponent of the resistance against the 1967-1974 military dictatorship. He received the National Writing Award for "The Glass Factory" in 1976 and for "Twice a Greek" in 2002, among other distinctions, and saw his work featured at the 2001 Frankfurt Book Fair.

He was also a prolific translator and one of the founding members of the Greek Authors' Society.

Menis Koumandareas was found murdered in his home on the morning of Saturday, Dec. 6, 2014 in the central Athenian neighborhood of Kypseli.