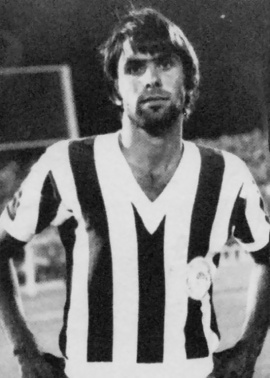 Then, after the 1978 season, the popular Delikaris shocked Olympiakos' fans by switching allegiance to their archrivals Panathinaikos. He played three seasons for the greens before retiring in 1982, aged barely 31.

Delikaris currently runs a tavern in Hatzikyriakio, Piraeus - the very neighbourhood where he first began to play football with Argonautis.