Difference between revisions of "Joonas Kolkka" 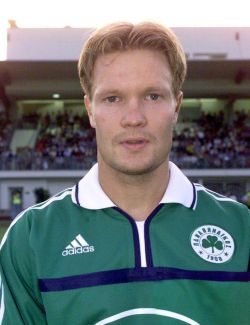 Joonas Kolkka (born September 28 1974 in Lahti) is a Finnish footballer who currently plays for NAC Breda in the Dutch Eredivisie.

He has earned over 50 caps for the Finland national football team, scoring 11 goals.