Difference between revisions of "Kalamaria" 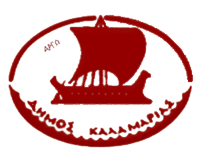 The area was first lived in the prehistoric times, and findings from that time are around the Karabournaki cape. Kalamaria was first appeared in 1083 and was mentioned in all parts southeast of Thessaloniki and not only the area of the present-day municipality. The name Kalamaria must mean Kali Meria ( Καλή Μεριά - nice place) or Skala Meria (σκάλα μεριά - the place of the Skala, which is the name for the Byzantine naval station). During the Byzantine and the Ottoman periods, the area was uninhabited.