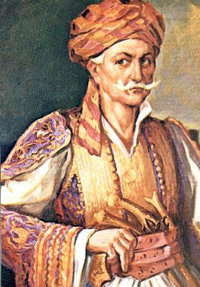 He joined the Friendly Society (Filiki Eteria) and successfully prepared the revolution at Parnassida in March 24, 1821.