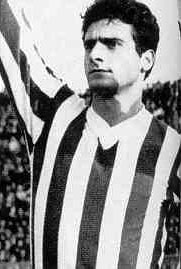 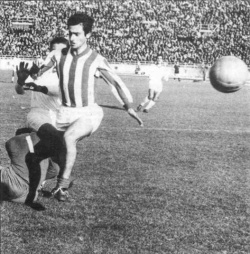 Vasilis Botinos was a multi-talented left winger who played in the Alpha Ethniki for Olympiakos from 1964 until 1971. He was born in 1944 and played for Olympiakos Volos before being transferred to Olympiakos Piraeus. His specialties included speed, dribble, faking out defenders and leaping higher than anyone else on corner kicks and freekicks into the box.