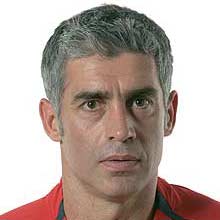 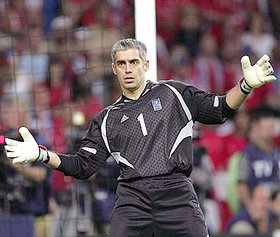 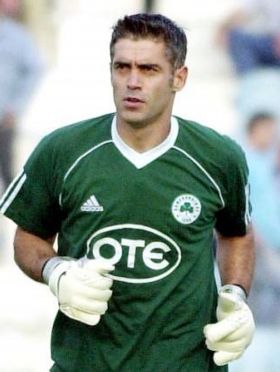 Since joining Panathinaikos FC as a teenager in the 1980s, Antonios Nikopolidis has earned his own place in Greek football history.

Born in January 14, 1971, it took six years for Nikopolidis to reach the first team at Panathanaikos after his move from third division side Anagennisis Arta as an 18-year old in 1989. Since his debut in 1995, however, he has gained a reputation as one of the most reliable goalkeepers in Greek football. He played five games as the Greens won the championship in 1994/95 and three as they retained it the following year. Although Olympiacos CFP have since monopolised the Alpha Ethniki, Nikopolidis has performed with distinction, helping the club reach the 2001/02 UEFA Champions League quarter-finals. Nikopolidis then missed just two league matches to help Panathinaikos achieve the best defensive record in Greece, although Olympiakos again reigned supreme.

2003/04: Played 18 of the first 20 games only to lose his place to Kostas Chalkias when contract negotiations broke down in February. He ended the season with a championship medal, and a transfer to Olympiakos on a three-year contract.

Two years after making his debut in a friendly international victory against El Salvador on August 18, 1999, Nikopolidis had become the undisputed choice in Greece's goal. He played in qualifying for the 2002 FIFA World Cup and excelled as Greece qualified for UEFA Euro 2004, keeping six clean sheets and not letting in a goal in the three knockout games as he claimed a winner's medal and a place in the All-Star Squad.

Antonios Nikopolidis was Greece's goalkeeper for Greece's Euro 2008 defending of the European crown. However, a critical mistake by Nikopolidis in the second game against Russia cost Greece the game, and their early exit from contention.

On June 15, 2008, he announced his retirement from international soccer -- hours after Greece's early exit from Euro 2008. "It's a decision that I took long before the tournament started," explained Nikopolidis. "Time is cruel and makes no exceptions. It is the right moment for me to go. I've had great moments with the squad, good and bad, glorious and tough." Nikopolidis won his 90th cap in their final group game against Spain before bringing down the curtain on his 11-year international career.

In January 2013, Nikopolidis was named interim coach of Olympiakos replacing Leonardo Jardim. From 2015 till 2019 he was coach of the Under-21 National Football Team of Greece.

Nikopolidis featured in a World XI game in 2002, a rare honour for a Greek player.