Difference between revisions of "Eftychia Papayiannopoulou" 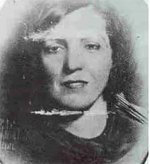 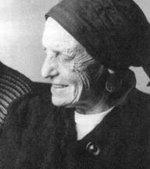 A more recent photo of Eftychia

She was born Eftychia Hadjigeorgiou in Aydini, Asia Minor, in 1893 and left for Greece in 1922 after the Asia Minor Disaster.

Though possessing a teacher's diploma, she never taught in Greece. From 1926 until 1942 she tried her hand in acting and afterwards, from 1949 until her death in January 1972, she wrote poems, many of which became mega-hit songs.

Unfortunately, as an "amateur" in a world of professionals, Eftychia Papayiannopoulou was often robbed of credit for her lyrics. Many composers, singers, song writers would buy her poems for a few hundred drachmas - the equivalent of a week's wages for low-paid labourers - and present them as their own.

Still, the songs we know she wrote, present a very impressive list: