From Phantis
Revision as of 10:03, June 1, 2020 by Dutch Eagle (talk | contribs) (His games as captain and as coach of the Ethiniki added.)
(diff) ← Older revision | Latest revision (diff) | Newer revision → (diff)
Jump to navigation Jump to search 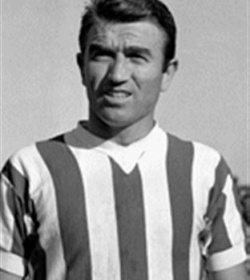