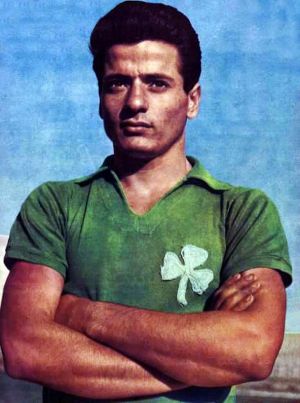 Andreas Papaemmanouil was a Greek football midfielder/forward known for his exceptionally hard shot.