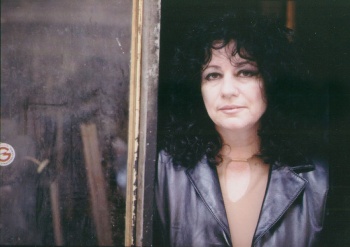 Anna Vagena was born in Larisa, Thessaly, Greece. She has educated in Drama School of Karolos Koun “Theatre of Art” and in the drama School of National Theatre.

She began her career at the National Theatre of Greece in plays of Tennesee Williams and Shakespeare.

In 1972, in the film Anna’s consulate of Pantelis Voulgaris, she won the award for first female part.

In 1975, she founded a theatrical company in Thessaly, called Thessaliko Theatre, which was the first professional theatre, to be established permanently in a rural area and became a model for creation of municipality theatres from the Ministry of Culture and from Municipals.

She presented a lot of plays with this company and had a great success there, as director, actress and producer.

Performances which she has played are: Desires under the poplars of Eugene O’ Neal, Mana Courage of Brecht,“A special Day” of Ettore Scolla, “American Blues” of Tenessee Williams, The quinn of Beauty of Linein of Marti mc Donagh and “The Marriage” of Vasa Solomou Xanthaki. With this performance make a big touring in Valkania and had a great success. She played the part of Praxagora in the play of Ekklisiazouses of Aristophanes, which presented in the Ancient Theatre of Epidaurus the summer of 2000.

She also played in a lot of musical performances with her husband and Greek composer Loukianos Kilaidonis.

She is the director of Theatre Metaxourgeio from 1999 where presented with a great success the Greek play Angela Papazoglou, which is playing for third theatrical season and with which she made a big touring in abroad and in Greece.

She has also participated in many series in television.