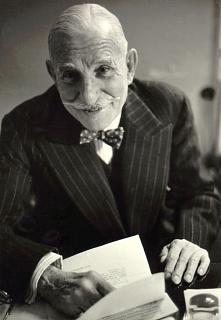 Antonis Benakis, scion of one of the leading families of the Greek diaspora, was born in Alexandria in 1873 to the wealthy cotton merchant Emmanuel Benakis and Virginia Horemis. He was a Greek art collector and the founder of the Benaki Museum in Athens, Greece.

Benakis began his career as a collector in Alexandria, gradually reaching the decision to donate his collections to the Greek state, an idea which became reality after he settled permanently in Athens in 1926.

The world in which Antonis Benakis moved was shaped in a period when the drive to extend the boundaries of the Greek state was as much an element of contemporary society as the parallel ideologies of urban development and enlightenment through education. Benakis' proverbial generosity towards other cultural institutions and undertakings was indicative of this. His personality was formed within a family environment which nourished such ideals, and which also fostered the exceptional literary talents of his sister, Penelope Delta (1874-1941), whose stories have been familiar to generations of Greek children.