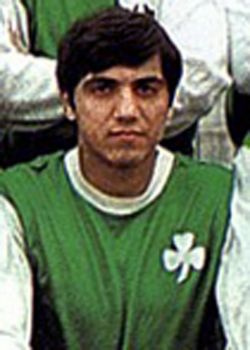 Kalligeris started playing football in the youth system of Panathinaikos. He played for the senior squad in the 1971 and 1972 seasons and was a member of the team that reached the 1971 Cup of Champions final in Wembley.

Kalligeris transferred to Kalamata FC in the summer of 1972. He retired from football as a member of that team.