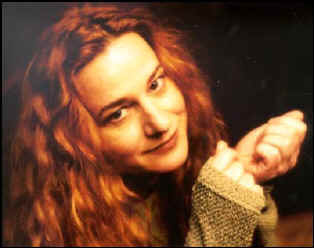 Evanthia Reboutsika was born November 6, 1958 and raised in Kato Achaia, Patras along with her brother Ploutarchos and her sisters Maria and Ioanna. Their father was the owner of a cinema hall. Evanthia started studying the violin at the age of 6 at the Conservatory of Patras. Soon the three sisters and their brother form a string quartet and tour through out Greece and abroad. In 1970 Evanthia moved to Athens where she finished her studies at the Conservatory of Athens and at the Hellenic Conservatory under the supervision of some of the finest tutors in Greece.

As a violinist she collaborated with many important Greek composers and singers while in 1979 she graduated from Ecole Normale De Music of Paris and returned back to Greece. In 1992, along with the composer Panayiotis Kalantzopoulos, she composed the album “Sti limni me tis paparounes” for Kristy Stasinopoulou. In 1995 she met with Yiannis Kotsiras, a much promising singer back then, and with Panayiotis Kalantzopoulos and lyricist Aris Davarakis they wrote songs for the album “Athoos enochos”. 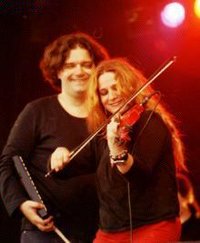 Her collaboration with Yiannis Kotsiras continued in his second album where Evanthia was the sole composer of the album “Mono ena fili” and Eleni Zioga wrote the lyrics. The album became very soon double platinum. In the meantime she composed the music for various TV series soundtracks such as “Esi apofasizeis”, “Prodosia”, “Athina Thessaloniki”, “Aithousa tou thronou”, “Petrina Liondaria” and many others.

Her next album was mainly instrumental and was released in 1998, entitled “To asteri kai I efchi.” It includes collaborations with singers such as the soprano Sonia Theodoridou, Elli Paspala and Caroline Lavelle. Even though instrumental records are not very popular in Greece the album became gold.

In May 2000 she released the follow-up to “To asteri kai I efchi”, bearing the title “Mikres istories”, another instrumental album, a magnificent piece of pure music where lyricism meets reality. Eleftheria Arvanitaki sings two of the songs, with lyrics by Lina Nikolakopoulou and Eleni Zioga while the soprano Mariana Rigaki sings an aria. Her latest album “Ine diki mas I zoi mas” was released in December 2000. It is the third time she collaborated with Yiannis Kotsiras. Aris Davarakis wrote the lyrics.