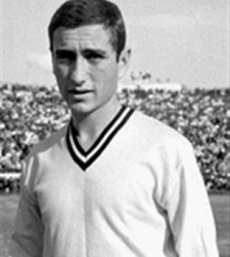 Giorgos Karafeskos is a Greek football coach and former player.

Karafeskos was born on December 8, 1946. He played for AEK initially as a centre forward and later as a midfielder, breaking into the starting lineup in 1965. His career at AEK spanned the years 1965 until 1975 at which time he transferred to Kastoria FC where he played until 1978.

In total, Karafeskos played in 292 Alpha Ethniki matches. He was capped 8 times by the National Football Team of Greece.

After his playing days were over, Karafeskos coached in the youth system of AEK as well as small clubs such as Panerythraikos (2007).