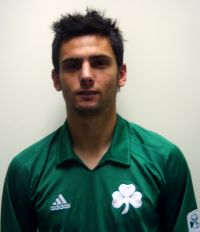 Hélder Manuel Marques Postiga was born in 2 August 1982 is a Portuguese retired professional footballer who played as a striker. After beginning at Porto, he amassed Primeira Liga totals of 195 games and 54 goals over 11 seasons, with that club, Sporting and Rio Ave. He also played in six foreign countries, most notably in Spain where he totalled 27 goals in 99 La Liga matches for three teams. A Portuguese international since 2003, Postiga represented the country in two World Cups and three European Championships, helping the nation reach the final at Euro 2004.