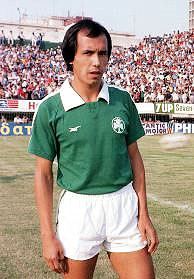 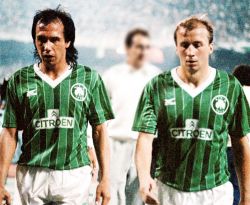 Rocha began his football career at Newell's Old Boys. Panathinaikos acquired him in 1979 from Boca Juniors. He played for PAO until his retirement in the spring of 1989.

He first came to Greece as a player of Greek origin named Yiannis Boublis. The subsequent discovery of record falsifications and the ensuing scandal almost landed Rocha in jail and Panathinaikos in the Second Division.

Nicknamed The Indian, he was a great footballer who had skill, vision and served the club for a very long time.

He is definitely one of the best players in PAO's history as older fans fondly remember.