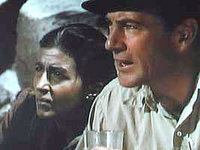 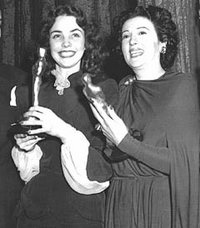 Born Ekaterini Konstantopoulou in Pireas, Greece. She trained as an opera singer but changed career and joined the Greek Royal Theater in 1929. Paxinou distinguished herself on the stage. When World War II broke out she was performing in London and unable to return to Greece so she emigrated to the United States.

She was selected to play "Pilar" in the 1943 film For Whom the Bell Tolls, winning a Academy Award for Best Supporting Actress and a Golden Globe. She continued appearing in Hollywood films until 1949.

Returning to Greece in 1950, Paxinou resumed her stage career. She formed the Royal Theater of Athens with Alexis Minotis, her principal director and her husband since 1940. She contiued to accept occasional film roles until her death from cancer in Athens, Greece in 1973 at the age of 72, survived by her husband and her 2 children from her first marriage.