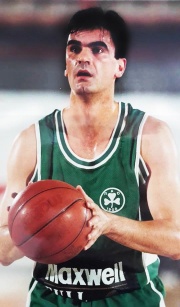 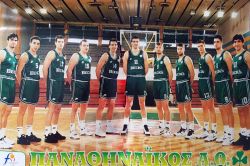 Kostas Patavoukas is a former Greek basketball player, a playmaker whose specialty was the 3-point shot.

Patavoukas was born on February 3, 1966. He started his career at Asteras Exarchia, moving up to AEK. He later joined Panathinaikos with whom he won the Greek championship in 1998 and 1999. He also had a stint with Italian outfit Kinder Bologna.

Patavoukas played 162 games for the National Basketball Team of Greece, scoring 873 points. He was a member of the squad that won silver in Euro 1989 in Zagreb.