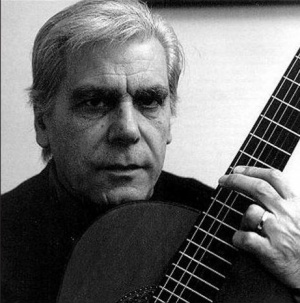 Lakis Pappas was a Greek singer mostly identified with the New Wave (Neo Kyma movement of the 1960s.

Pappas was born in Preveza, Epirus, in 1938. He moved to Athens to take guitar lessons and made his singing debut in 1959.