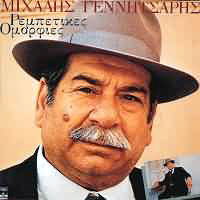 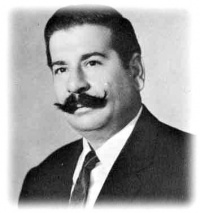 Michalis Genitsaris (b. 15 June 1917- d. 11 May 2005) was a Greek singer and composer of the rebetiko genre. He was known as the last pre-war rebetiko singer. Born in Piraeus, he composed songs such as "Ego maggas fainomouna."

He learned to play the bouzouki and the baglamas at a very young age, while he wrote a great number of songs.

His first song was a great success. In 1935 he started to play the bouzouki and sing professionally. His songs have been performed by many great folk singers, such as Kazantzidis, Bithikotsis, Gavalas, Grey, Pagioumtzis, Dionysiou, Vitali, Alexiou, Dalaras, Glykeria, Mitsias, and many more.