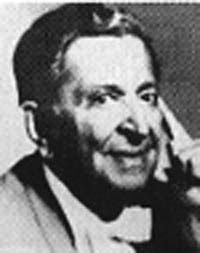 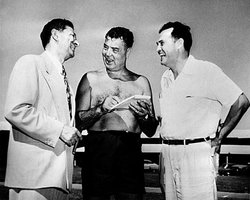 Dandolos was the son of wealthy parents. He attended the Greek Evangelical College and earned a degree in philosophy. When he was 18 years old his grandfather sent him to the U.S.A. with an allowance of $150 per week. Although Dandolos settled down in Chicago he eventually moved to Montreal where he began gambling on horse races.

Dandolos was known throughout his life for winning and losing large sums of money. After winning over $500,000 on horse racing, he moved back to Chicago where he lost it all on card and dice games. He quickly became a master of these games, however, and became a prime attraction at casinos when he would play in them.

In 1949 Dandolos once played with Johnny Moss in a five month long poker marathon where the two played virtually every game that existed at the time. The game, set up by Benny Binion, cost Dandolos anywhere from $2 million to $4 million. At the end of the marathon, down millions of dollars, Dandolos uttered what has become one of the most famous poker quotes ever, "Mr. Moss, I have to let you go."

One urban legend claims that Dandolos once had the opportunity to escort Albert Einstein around Las Vegas. Thinking that his gambling friends may not be familiar with him, Dandolos allegedly introduced Einstein as "Little Al from Princeton" and stated that he "controlled a lot of the action around Jersey."

Nobel-prize winning physicist Richard Feynman also met Nick the Greek, according to the autobiographical Surely You're Joking, Mr. Feynman!. Nick explains how he wins big not by playing the tables, but by knowing the odds at the tables and betting against others who have superstitious beliefs about the outcome. He then relies on his reputation to bet against others.

At the end of his life Dandolos was broke and playing $5 limit games in Southern California. When asked by a fellow player how he could once play Poker for millions and now be playing for such a small amount, Dandolos supposedly replied "Hey, it's action."

He died on Christmas Day in 1966 and was a charter inductee of the Poker Hall of Fame in 1979.

It's estimated that he won and lost over $500 million in his lifetime. He himself claimed that he went from rags to riches over 75 times. A man who never respected money, he donated over $20 million (about $400 million in 2004 dollars) to education and charity.

A book by Ted Thackrey was published in 1968 titled Gambling Secrets of Nick the Greek.

A novel about Nick's life was written by Harry Marks Petrakis in 1978 titled Nick the Greek.