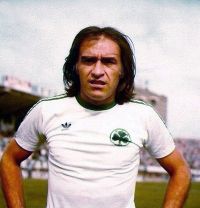 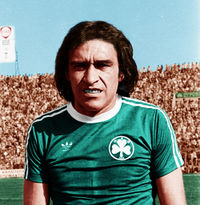 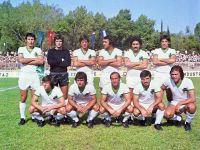 Oscar Marcelino Alvarez was an Argentinian football forward with an illustrious career in Greece in the 1970s.

Alvarez was born in Argentina on April 25, 1948. He played for Newels Old Boys when, in 1972, he was brought to Greece, along with Eduardo Rigani, Alfredo Glasman, Jose Pasternak, Eduardo Lisa and Juan Montez, to play for PAS Giannina.

Alvarez became an important member of the Giannina team that came to be know as the "Ajax of Epirus". In 1976, he transferred to Panathinaikos where, until 1980, he scored 57 goals.

He ended his career in 1981 playing for Atromitos Athens.

Over all, he scored 80 Greek League goals, making him one of the most successful foreign players in Greece.