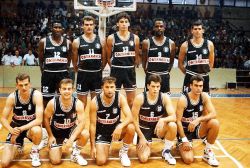 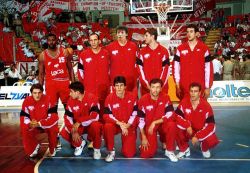 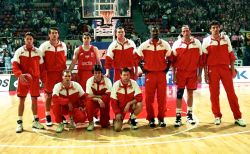 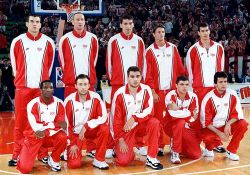 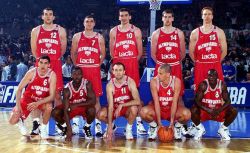 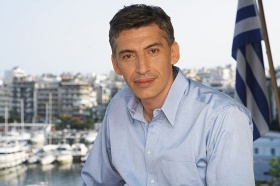 Panagiotis Fasoulas was elected mayor of Piraeus in 2006

Panagiotis Fasoulas is a recent mayor of the city of Piraeus. Before that, he was a famous basketball player for PAOK and Olympiakos - with whom he won a european title in 1997 - and the Greek national team, where he was the starting center during Greece's Eurobasket 1987 victory. Fasoulas also entered in the 1986 NBA Draft after a U.S. college career at North Carolina State.

Fasoulas was born on May 12, 1963. He was one of the best big men in european basketball in the last 20 years. In Toronto at the 1994 World Championship when Greece won fourth place, he played the best basketball of his career and the motto of the Greek community in Toronto at the time was "Shaq who? here comes Fasoulas!". His nickname was “Spider” (or in Greek “Arachni”) as his arms were very long and therefore he grabbed a lot of rebounds. Over all Fasoulas was capped 244 times by Greece, scoring 2,384 points. That makes him #3 in the alltime topscorer list of the Greek national team behind Panagiotis Yiannakis and Nick Galis.

A very charismatic personality, he became a politician with the PASOK party and helped with the organizing of the Olympic games in Athens. He served as Mayor of Piraeus from 2006 until 2010.