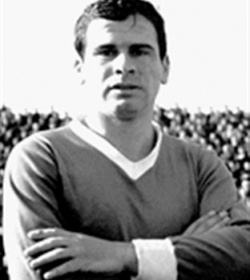 Petros Leventakos was a Greek football midfielder of the 1960s - 1970s era.