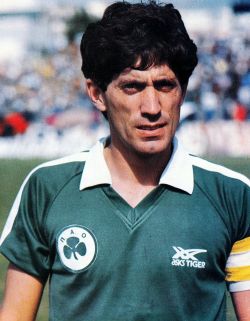 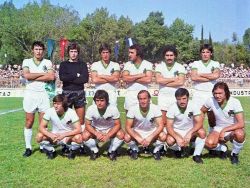 Livathinos was born on January 8, 1955 in Patra and started his football career in the Panathinaikos youth system. In 1975 he made it to the greens' first team where he played a total of 267 league games until 1986.

Livathinos then moved on to Cyprus where he became player/coach of Pezoporikos. In 1988 he led the Larnaca club to the championship of Cyprus and retired as a player. He continued his coaching career guiding Ethnikos Asteras to the championship of the Greek B Division. He continued to coach the Kaisariani club in the A Division from 1999 until 2001. In 2002 he coached Panachaiki for the early part of the season and Ethnikos Asteras in the latter part, replacing Nikos Alefantos.

In his football career he was capped 27 times by the National Football Team of Greece with one goal to his credit.