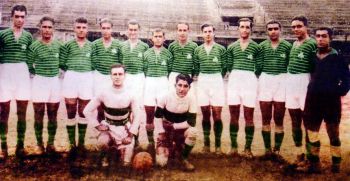 The 1929-1930 Football Championship is the second Panhellenic championship organised under the auspices of the Hellenic Football Federation. It was won by Panathinaikos.

The first Greek championship was contested in 1927-1928. The following year, only the local championships of Athens, Piraeus and Thessaloniki were completed but the national title was not contested.

The 1930 championship was played along the lines of the previous one: a round-robin tournament of the winners of the three local championships. By then, the dispute between the Hellenic Football Federation and the bloc consisting of AEK, Olympiakos and Panathinaikos had been resolved and the big three clubs took their place in their local leagues.