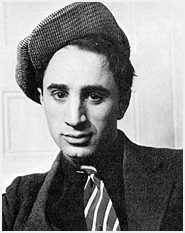 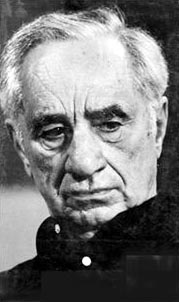 He was born Elia Kazantzoglou in Constantinople in 1909 to Greek parents whose heritage was from Cappadocia near Caesarea (Kayzeri). His first name is pronounced ee-LEE'-ah. He became one of the most visible members of the Hollywood elite. Kazan's theater credits included directing The Glass Menagerie (1944) and A Streetcar Named Desire, (1951) the two plays that made Tennessee Williams a theatrical and literary force, and All My Sons (1947) and Death of a Salesman (1949) the plays which did much the same for Arthur Miller.

His history as a film director is scarcely less noteworthy. He won two Academy Awards for Best Director, for Gentleman's Agreement (1947) and On the Waterfront (1954). He elicited remarkable performances from actors such as Marlon Brando and Oscar winners Vivien Leigh, Karl Malden and, ironically, Kim Hunter (who would feel the effects of the blacklist herself not long after) in the film version of Tennessee Williams' A Streetcar Named Desire, James Dean and Oscar winner Jo Van Fleet in East of Eden (adapted from the John Steinbeck novel), and Andy Griffith in A Face in the Crowd. His later career was clouded, however, by the fact that he was one of the few Hollywood luminaries who "named names" before the House Un-American Activities Committee during the postwar "Red Scare").

Kazan had briefly been a member of the Communist Party in his youth, when working as part of a radical theatre troupe in the 1930s. A committed liberal, Kazan felt betrayed by the atrocities of Stalin and the ideological rigidity of the Stalinists.

He was personally offended when Party functionaries tried to intervene in the artistic decisions of his theater group.

As Kazan later explained, he felt that it was in the best interest of the country and his own liberal beliefs to cooperate with HUAC's anti-communist efforts in order to counter Communists in Hollywood who were co-opting the liberal agenda. 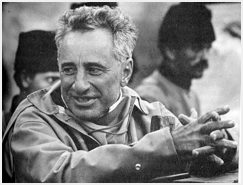 In 1999, Kazan received an honorary Oscar for lifetime achievement. He was accompanied by Martin Scorcese and Robert DeNiro who warned the audience sotto voce not to misbehave. Robert DeNiro himself had appeared in a film about the Hollywood Red Scare. While many in Hollywood felt that enough time had passed that it was appropriate to bury the hatchet and recognize Kazan's great artistic accomplishments, the decision was nonetheless controversial. Some footage from the 1999 Oscars suggests that fully three-quarters of those present in the audience gave him a standing ovation, including Lynn Redgrave, Karl Malden, Meryl Streep and the very liberal Warren Beatty (Beatty later said that he was applauding because Kazan had directed him in his first film Splendor in the Grass, but was not endorsing the decision he made).

Elia Kazan died of natural causes at his home in New York. He was 94 years old.