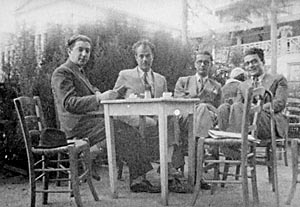 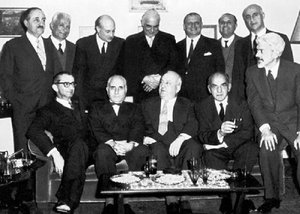 The Mellos family fled to Lesbos, Greece during the First World War to escape persecution but returned to Ayvali in 1919 after the Greek army landed in Asia Minor in the aftermath of the great war.

Venezis graduated high school in Ayvali but immediately afterwards was taken hostage by the Turks and sent for 14 months to work in forced-labour brigades. Later in his most famous work, Number 31328, he would describe the conditions under which he had to live during that time. Out of 3,000 Ayvali men sent, only 23 survived. Among them was Elias Venezis who left his homeland for Mytilene, capital of Lesbos.

In Greece, Venezis found employment as a bank employee but also developed his talent in writing. His works mostly concern life in Asia Minor: "Aeolian Land" describes the world of the writer as a child; "Number 31328" as a teenager and "Tranquility" his struggle to adjust to life in Greece.

Venezis married Stavritsa Molyviati, also from Ayvali, in 1938. During the German occupation, Venezis was imprisoned but was released after pleas from high-standing Greek officials including Archbishop Damaskinos.