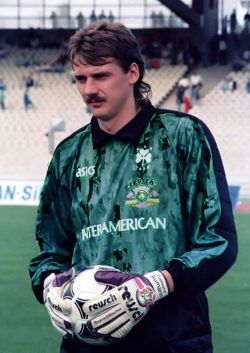 Wandzik was born on August 13, 1963. He played in Poland for Ruch Chorzow and for Gornik Zabrze and joined Panathinaikos in the Summer of 1990. There, alongside his countryman Krzysztof Warzycha, he had a long and very successful career. Later in his career he played for Apollon Athens (2000) and Athinaikos (2001).