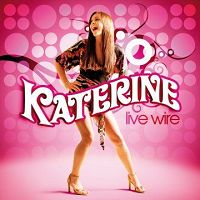 The cover from Katerine's May 2007 CD single Live wire. 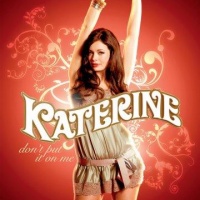 Katerine Avgoustakis is a singer that won the 2005 edition of Star Academy in Belgium. She was born in Belgium on September 16 1983, to a Greek father and a Belgian mother, who passed away in 2005.

She currently lives in Maasmechelen.

Katerine used to be a beauty specialist and saleswoman before she won Star Academy in 2005.

She plays the piano and used to be in a choir. She was also a member of the band Indiana, with which she participated in the Eurovision Song Contest of Belgium, in 2002.

Years later, in 2006, she entered the Belgian pre-selections of Eurovision Song Contest again, where she won the pre-selection round, but was voted off right before the finale. One of the reasons the judges named was that they thought that because of her Greek descent Belgium would have less chance winning, seeing as how the 2005 winner of the contest, Elena Paparizou, is also Greek.