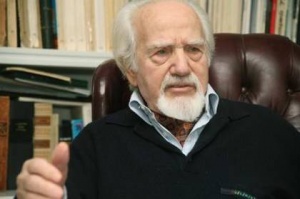 Lykourgos Kallergis was a Greek stage and screen actor.

Kallergis was born in 1914 in Mylopotamos, Rethymno prefecture, Crete. He moved to Athens, at the age of 10, where he finished high-school. He went on to complete his drama school studies at the Karolos Koun school.

Kallergis played more than 500 roles over six decades in the theatre, the cinema, the television and the radio. He served as a Member of Parliament for the Greek Communist Party from 1977 to 1981.

He died on August 27, 2011 after being admitted to the intensive care unit of Giorgos Gennimatas hospital.