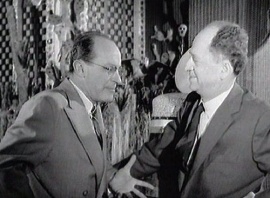 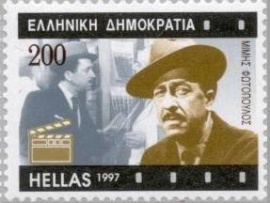 Fotopoulos was born in Zatouna Gortynia, Arcadia prefecture on April 20, 1913. He studied at the Dramatic School of the National Theatre (Δραματική Σχολή του Εθνικού Θεάτρου). He also studied math at the Philosophical School at the University of Athens until his second year in 1933.

His important works were from Chekhov, Ibsen and from Shakespeare at the Royal Gardens in 1956 and for many years worked together with Dinos Iliopoulos. He appeared in hundreds of comedies other than his dramatic roles. His characterisitcal interpretations were in "Don Camillo". He did about a hundred movies with comic roles including I Kalpiki Lira, Laterna, Ftochia I Filotimo, Ta Kitrina Gantia (The Yellow Glove) as Leandros, To Soferaki (Το σωφεράκι = The Little Chauffeur), etc.

His characteristic and the cinematographic quote was: "And after we siiit" ("Και μετά θα κάααθεσαι" = "Kai meta tha kaaathesai")