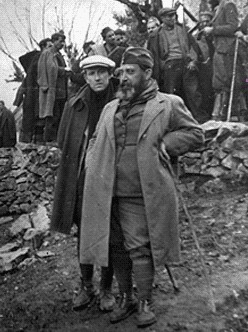 Napoleon Zervas was a Greek military and political figure.

Zervas is best remembered for organising the EDES resistance movement, in September 1941, during the German occupation. Originally a Venizelist, Zervas incorporated royalists into his movement who saw EDES as the only acceptable alternative to EAM, the Communist-dominated resistance movement. His activities were largely confined to Epirus, though he took part in the sabotage of Gorgopotamos bridge, which seriously hampered the German supply route to Rommel's Afrika Korps.