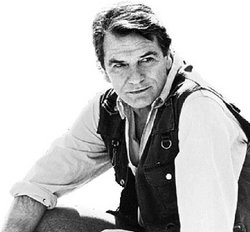 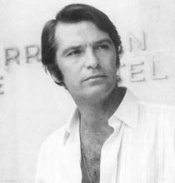 Nikos Kourkoulos was born in 1934, in Athens, Greece. He grew up in the district of Zografou. Sports and football being his love, he belonged to Panathinaikos' roster during his school years. Acting came before him rather accidentally. As he himself had claimed, he took the plunge to become an actor while reading books on theatre.

He studied acting at the Drama School of the Greek National Theater and made his stage debut in a 1958 Athens production of Alexandre Dumas' "La dame aux camélias", opposite Ellie Lambeti and Dimitris Horn. He was one of the founders of the prestigious stage group Proskinio and appeared in the 1967 Broadway musical "Ilya Darling", with Melina Mercouri, in a role for which he was nominated for a Tony award as a best supporting actor.

For the best part of the 60s and 70s, Nikos Kourkoulos' success was unparalleled by any other Greek actor, bar perhaps Dimitris Papamichael. And while Kourkoulos' takings at the box office matched that of the Golden Couple (Aliki & Papamichael) ticket by ticket, his choice of material was more challenging than the latter's often naive excursion into sentimentality, making him the darling of cinemagoers and critics alike. His good looks certainly didn't hurt either and for years Kourkoulos was the pin up boy of choice of many a young girl.

He created his personal group in the early 1970s, with a repertory which included, among others, Kafka's "The Trial", Arthur Miller's "View from the Bridge" and Brecht's "The Beggar's Opera". His last stage appearence to date was in the title role of Sophocles' "Philoktitis" (1991); he then became artistic director of the Greek National Theater.

His film career has been equally successful: he starred in many films from the late 1950s until the early 1980s. His most commercial films have been melodramas with a social background, like Visibility Zero (Oratotis miden / Ορατότης Μηδέν - 1970).

He was awarded twice at the Thessaloniki Film Festival with the Best Actor Prize for his performance in Adistaktous (Αδίστακτους 1965) and Astrapogiannos (Αστραπόγιαννος 1970).

Kourkoulos' last stage appearance was in a 1991 production of Sophocles' Philoctetes play, at the restored ancient theater of Epidaurus in southern Greece.

In 1995, Nikos Kourkoulos became the Artistic Director of the government funded National Theatre of Greece, an institution he managed to turn into a profitable organization without compromising on artistic integrity.

He died at the Errikos Dynan Hospital, in Athens, on January 30, 2007, succumbing to the cancer he was battling since 2001. He was survived by his wife, Marianna Latsis (daughter of Greek shipping billionaire John Latsis), and four children: Errieta and Philip from marriage to Marianna, and Melita and Alkis from his previous marriage to Melita.

Nikos KOurkoulos headed companies and his own theatre in Athens and Thessaloniki, and played leading roles in: