The match PAOK - Olympiakos is a match between the two most popular clubs of the two biggest cities in Greece. The rich Olympiakos from Piraeus against the popular team of PAOK from the city of Thessaloniki in the poor north. PAOK fans consider Olympiakos as their worst enemy and they hate the club of Piraeus more than they hate their town rivals, Aris. The whole story began in the 60s when the all-time best player of PAOK, Giorgos Koudas, decided to move to Olympiakos. 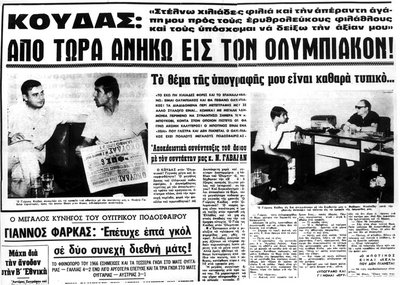