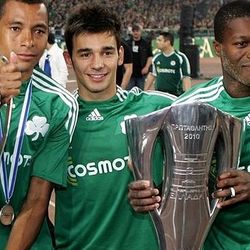 Ninis was born in Chimarra Northern Epirus (southern Albania) on April 3, 1990. He debuted with the senior squad of Panathinaikos on January 7, 2007 and went on to score his first goal on January 27 against Panionios, at the age of 16 years, 9 months, making him the second youngest Greek - after Thomas Mavros - to score in the Alpha Ethniki.

Ninis also had a brilliant outing in the classical Athenian derby against AEK on February 18 of that year, contributing a goal in Panathinaikos' victory against their cross-town rivals.

He was considered one of the hottest young prospects in Greece but did not live up to the expectations of his more optimistic supporters.

He missed most of the 2012 season due to injury. After the 2012 season, he signed for Parma in Italy. He played just 15 games in Italy before moving back to Greece, where he joined PAOK in the winter transferwindow of 2014. He scored one goal (in the Europa League against Maccabi Tel Aviv) in 23 matches for the Dikefalos tou Vorra.

In the summer of 2014 Ninis returned to Panathinaikos and played a season and a half for them, scoring two goals in 30 appearances.

Ninis has played twice with the Under-21 Greek squad. In his debut with the senior team, on May 19, 2008 in Patra, he scored the first goal in a 2-0 win over Cyprus. He thus became the youngest player to score a goal for the NT, at age 18 years and 1 month. So far Ninis was capped 33 times for Greece and scored 3 goals.