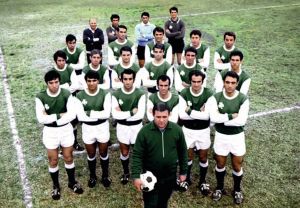 Mitropoulos was born in 1946 and played for Aegaleo until he was acquired in 1966 by Panathinaikos at a time when the "greens" were looking for young players to replace six of the older stars that had rebelled against coach Stjepan Bobek. Besides cash, PAO had to throw in three players in the deal including Prodromos Kyriakidis and Giorgos Giannakopoulos. Mitropoulos played as a right-side defender, the same position as Aristides Kamaras who was one of the "six". He lost his place in the starting lineup when Kamaras returned later that same season.

In 1973, after a lackluster career, Mitropoulos transferred to Orpheus Aegaleo where he ended his career.

By 1981, Mitropoulos became involved in the management side of football and became director of Aegaleo FC along with his elder brother Thomas. In 1998, he became Vice President of EPAE - the union of professionall football clubs - and the following year its President.

Mitropoulos was Vice President of the Hellenic Football Federation when, on his account, Greece was banned by UEFA from international competition: The Greek government had sought to ban him from the office he held on account of outstanding embezzlement charges and UEFA refused to allow what they perceived as interference in the football affairs of a member federation by a national government. Finally, the Greek government backed down and the banishment was rescinded.

In January 2009, Mitropoulos stood for President of the Hellenic Football Federation but was defeated by Sophocles Pilavios.