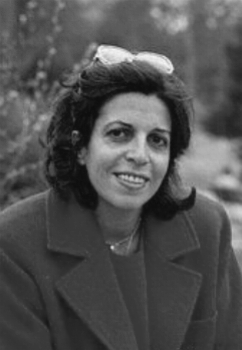 She was an awkward looking child. At the age of seventeen, she got plastic surgery to shrink her nose and get rid of the dark rings under her eyes.

Christina was married four times. Her first marriage ended in divorce, because her father did not approve. Thierry Roussel was the only man with whom she had a child, Athina Roussel. This relationship ended in tragedy more than a year after Christina became aware that Thierry had been having an affair with a Swedish model, Marianne "Gaby" Landhage. Onassis was unable to compete with this model's beauty, despite her wealth, and eventually Thierry left her.

Christina lost her immediate family all within a period of 24 months. Her father's health had started to deteriorate after Alexander's death, and her mother had committed suicide, something which Christina herself had attempted to do a couple of times.

She died at the age of only 37 of pulmonary edema. Experts say that her premature death was caused by constant drug abuse and dramatic changes in weight.

Christina's death was a shock felt all around the world. Nobody could believe that someone who had been given such unimaginable wealth could have died so tragically, and alone. Her solitary return to Greece was the occasion of massive traffic jams in both Buenos Aires and Athens. Thousands attended her funeral, weeping as her body was borne out of the church. In the end, she found her final rest on Skorpios, next to her father and brother in the family chapel.

Though many are inclined to dismiss women of society as superfluous, Christina Onassis is not so easily cast aside. Though she failed utterly in the role she had been born to, that of beautiful social ornament to a successful man, she did what few heiresses have ever done before: she took what she was given, and made it even better than it was originally.