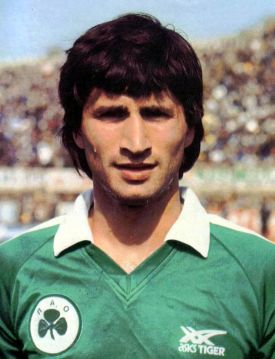 Tscheu La Ling (born: Den Haag, 6 January, 1956) is a former soccer player from the Netherlands who has played for clubs in the Netherlands, Greece and France.

Tscheu La Ling was known for his good technique with the ball and his ability to dribble past his opponents. He began his career with his hometown team FC Den Haag. His breakthrough came in 1975 when he joined Rinus Michels' Ajax Amsterdam. He became a star right winger and won the league title in 1977, 1978 and 1979.

However, the club had gotten used to the European successes during the early 1970s. That period between mid-1970s to early 1980s era was considered to be dark years for the club. The club did not taste European successes. He spent 7 years with them before moving to Panathinaikos in Athens, Greece in 1982 and then Olympique Marseille in 1984. He spent a year with Ajax Amsterdam's bitter rivals Feyenoord Rotterdam for the 1985/1986 season before moving back to his hometown team FC Den Haag for his final season before retirement.

He played for the Dutch team during qualifying for the 1980 European Championship. He earned 14 caps for the Netherlands national soccer team and scored 2 goals from 1977 to 1982.