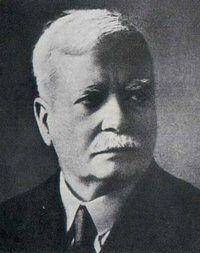 He was the son of PM Thrasyvoulos Zaimis and the gransdon of Andreas Zaimis who served as head of the executive branch of the Greek revolutionary council during the War of Independence.

Zaimis was Prime Minister of Greece six times and was later president from 1929 till 1935. He also served as High Commissioner of Crete from 1906-1908.