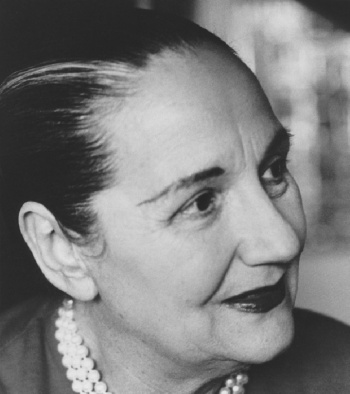 Gina Bachauer, (Greek: Τζίνα Μπαχάουερ), (b. May 21, 1913) (d. August 22, 1976) born into a Jewish family in Athens, was a Greek classical pianist and wife of Alec Sherman, who toured extensively in the United States and Europe. Bachauer gave her first recital in Athens, at the age of 8.[1] Her first concert with an orchestra was in 1932, when she was 20 years old. Before she died in 1976, she gave hundreds of concerts - including 630 for the Allied troops in the Middle East during World War II. Gina Bachauer was also the piano teacher of Princess Irene.[2]

Bachauer was a close friend of Maurice Abravanel, and often appeared with the Utah Symphony Orchestra. The Gina Bachauer International Piano Competition was established 21 years ago in 1976, in honour of the famous pianist. It attracts young pianists from all over the world to Brigham Young University each year. Today the house in which Bachauer lived in the Athens suburb of Chalandri still stands, neighbours with fond memories of the pianist take care of the grounds. The house is visited by numerous fans from around the world, who feed the stray cats just as Bachauer did when she was alive.

In 1981 the Greek government honored the famous pianist by issuing a stamp in her honor.[3]