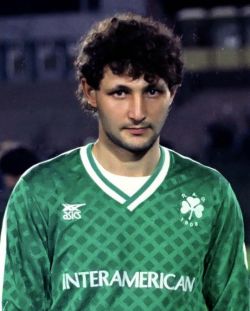 Altogether, he participated in 385 League games.

Antoniou was capped 35 times by the National Football Team of Greece, scoring 2 goals. He is currently director of football operations at Panathinaikos.