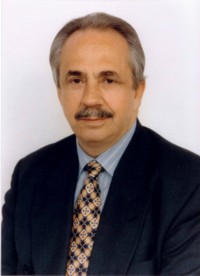 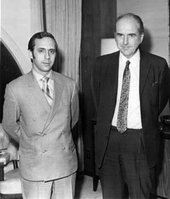 Kostas Tsimas was born in Theologos, on the north Aegean island of Thasos, on June 4, 1936 He was the son of a union tobacco worker. He lived in the United States for many years and was very active both politically and in the business sector. He was a New York University Political Science and Public Administration graduate.

Main opposition Socialist Party PASOK deputy Kostas Tsimas, elected in the district of Kavala, NE Greece, died the morning of November 29, 2005, at the age of 69.