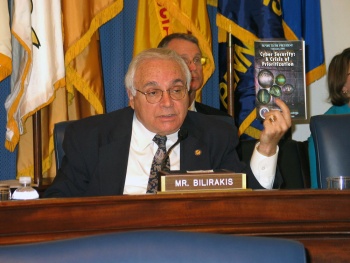 Michael "Mike" Bilirakis (born July 16 1930), is a Greek-American politician who was a Republican member of the United States House of Representatives from 1983 until January 2007, representing the 9th District of Florida (map). He was born in Tarpon Springs, Florida, was educated at the University of Pittsburgh, George Washington University, Washington, D.C. and the University of Florida, served in the United States Air Force and was a steelworker, engineer, college instructor, lawyer, and judge before entering the House.

Bilirakis retired in 2006. He has been succeeded by his son Gus Bilirakis.