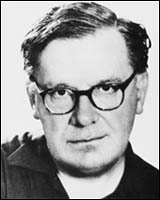 The summer of 1914 the family moves to Constantinople, where they were obliged to settle following the outbreak of the War.

From 1923 through 1927, Nikos is enrolled as a boarder in a lycee in Paris. He spends his vacations at the home of his uncle, Dr Liabeis.

After enlisting as a private in the 1st Infantry Regiment (Nov 1927 - Jul 1928) he worked as a translator in a Bank and as a secretary at the University. At the same time, he attended night-school in Athens in order to obtain the Greek School-Leaving Certificate.

From 1930-1933 he was employed on a daily basis as a designer in the Urban Planning Department of the Ministry of Public Works. In 1932, he enrolled in the School of Fine Arts and studies under Konstantinos Parthenis. He also studies at the studio of Fotis Kontoglou, where Yannis Tsarouchis had begun his studies a year earlier. The two students assist Kontoglou with the wall-paintings in his house.

He died of a heart attack, October 31, 1985. He is buried in the First Cemetery of Athens at public expense.