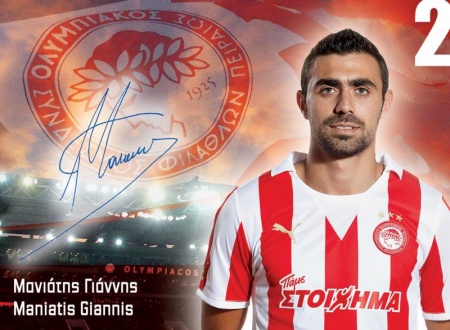 Maniatis was born on October 12, 1986. He played for Thiva FC until he was acquired in 2004 by Panionios. The following season Maniatis was established as a regular and went on contribute to the club until January 2011 when he transferred to Olympiakos. From 2016 Maniatis had short spells at Belgian side Standard Liege and Atromitos Athens before heading to Alanyaspor in the summer of 2017.