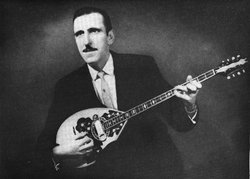 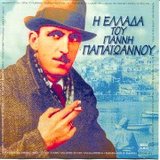 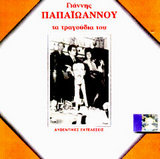 Born in Kios, Asia Minor (Turk. "Gemlik"), on January 18, 1913, Yiannis Papaioannou came to Greece as a refugee when he was 9-years old. He first moved with his mother and grandmother on the island of Samothrace before settling in Piraeus. After his brief stint as a footballer came to an end as a result of an injury, Papaioannou devoted himself to songwriting.

He is considered by many as the first song writer to have taken bouzouki music out of the "tekke" (drug den), making it more acceptable to the non-hashish smoking stratum of Greek society.

Although primarily a song writer, Papaioannou was also an accomplished bouzouki player whose "Taksim" remains a unique instrumental masterpiece to this day. He died in a traffic accident near Elefsina on August 3, 1972.