From Phantis
(Redirected from ANEL)
Jump to navigation Jump to search 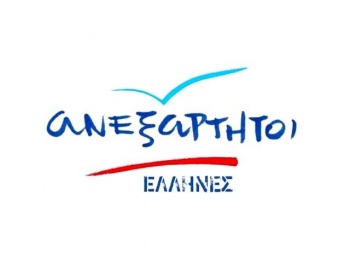 Independent Greeks is a political party that was founded by ex-New Democracy MP Panos Kammenos.

Kammenos was one of several MPs who was expelled from New Democracy for voting, in February 2012, against the austerity measures required by the European Union before they would release a loan to keep Greece solvent. He founded Independent Greeks on February 24, 2012, in response to what he considers the loss of sovereignty and national dignity of Greece.

In the first nationwide poll taken after the formation of Independent Greeks, the party polled 8% - ahead of the Popular Orthodox Rally of Giorgos Karatzaferis.

The slogan of Independent Greeks is: "We're many, we're independent, we're Greeks".